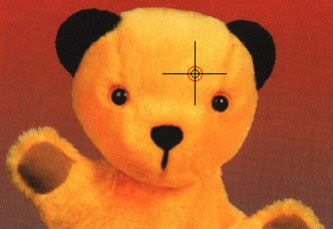 After much debate, the Syndicate decided to order the assassination, "just in case he talks".

It should be remembered that as a member of what might be called the "para-legal" profession, I learned my trade on the streets of nineteenth-century Limehouse, where the rituals that marked a young man's passage into the criminal fraternity involved far more than a handful of juvenile convictions and some polite sodomy. Today, initiates into America's Mafia families "make their bones" by performing a simple execution. In the mid-1800s, the process literally involved stealing the complete skeleton from a dozing East End costermonger, without the corpulent victim noticing its absence. The wisest of the "pick-paunches" would accomplish this task by having an attractively-attired woman or unusually-deformed dog on hand, to distract their mark should he rise from his slumber. Younger and less artful urchins would simply tie the man's shoelaces together, thus ensuring that should he attempt to pursue them before the removal of his hipbone, he might collapse into an oozing pile of blubber, gin and rhyming-slang. One could be assured, however, that no policeman would intervene in any of this. It was simply not the way.

One of the many, many things which impresses me so greatly about your "modern" twenty-first century is the dedication of its police force, a dedication which would have been unthinkable 120 years ago, when a policeman's lot was not a happy one and there were far more palpable reasons to hate the Irish than a lurking and ill-defined sense of "you never know, they might still be up to something". I have a natural interest in criminology, given that the commissioning of the Perfect Crime is in my purview, yet the truth is that the police of my own era made things far too simple. If one did not wish to be identified as a criminal, then one would simply endeavour to avoid wearing a skullcap or finishing every sentence "…oy vey". If one did not wish to be arrested while walking the streets of the city with a human corpse, then one would simply dress up as a lion, and claim that one was part of an exotic African tableaux on day release from the Natural History Museum. This would not be possible in 2008, and not simply because the lion costume would have to be animatronic. In this glorious new era, every aspect of police work has seen the application of the scientific method.

I chose to test the truth of this statement by murdering Joe Pasquale, if for no other reason than to hear the police do that voice at the press conference. Tragically, the police came to the conclusion that it was beneath their dignity to be the voice of the victim in this instance. The Chief Constable did mention that he does quite a good Ross Kemp, which I take to be a form of invitation, and this is something I may consider in future. However, I have to view the Pasquale Affair as a rare failure on my part, hence my decision to quietly expunge it from the historical record and replace the late Mr Pasquale with a generically-engineered gnome of some description.

Whether I was able to improve on the concept, I shall not say. Nor shall I confirm or deny that I may have devised the Perfect Crime. I shall merely leave you to dwell on the implications of the "voice of the victim" method, and to consider the recent, unexpected death of Marcel Marceau. About which, the police are saying nothing.
Newer Post Older Post Home