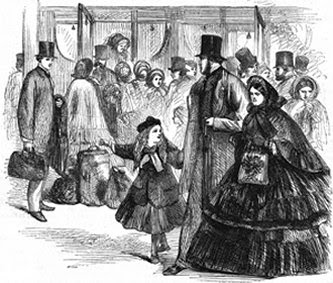 The "Suicide Bustle": guaranteed to pass unnoticed through any airport metal detector, each skirt carries enough explosive to make the Wright Brothers realise that it may not be worth the bother.

So far, my father has dominated this memoir, and his brooding presence seems to hover above the story of my early life like one of the lion-kestrel hybrids of which he was so rightly proud. He was a cruel man, certainly; a sadist, a misanthrope, an abusive personality of the worst order; a poisoner, an assassin, a breeder of mistrust, and an enemy of all human civilisation; but on the other hand, he was also a man about whom one could not say "but on the other hand…" and end the sentence in any meaningful fashion.

I have said almost nothing about my mother, and this is perhaps unjust. It was she who had the painful duty of raising myself and my similarly experimental siblings, a task which can accurately be described as thankless, since our father let it be known that she would have to be destroyed if ever we thanked her. Even amidst the subterranean horror that comprised 85% of our family home, she attempted to show us some degree of kindness. I remember, quite vividly, that she would often serve us with our favourite meal of dinosaur turkeys: a popular convenience food at the time, the meat of dinosaurs that had been mashed into the shapes of turkeys and then covered in breadcrumbs. She always stood between myself and my father's wrath, and on more than one occasion, between myself and my father's lethal spores.

Yet my mother died while I was still an infant. She died, curious as it now seems, at Denver International Airport during a rare excursion to the twenty-first century. In fact, there has long been a suspicion in my mind that she was making some effort to flee the family estate, perhaps understanding that lion-kestrels have a pathological dislike of the Colorado climate and would be unlikely to pursue her there. However, we had the misfortune to arrive at Denver during the height of a "terror scare". You may be aware that in the wake of any terrorist incident, the common practice amongst airport security personnel is to ensure the safety of any object taken aboard an aircraft: if a mother should take (for example) a bottle of her own breast-milk with which to feed her child, then she will be required to taste it in front of airport staff, to demonstrate that it is milk and not liquid explosive. Such was the case with my mother, and as requested, she took a sip from a container of milk which she had prepared for my consumption that very day. Tragically, she was unaware that my father had spent several years performing experimental procedures on her person with the sole motivation that she should be able to lactate liquid explosive.

Whenever I think of my mother now, I always remember a great warmth. At least until the airport fire services arrived.
Newer Post Older Post Home